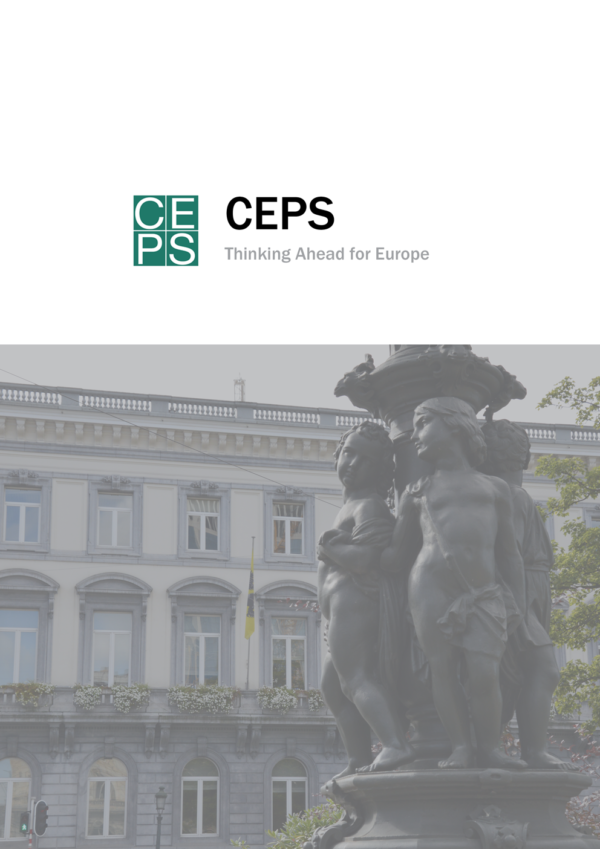 In the aftermath of the 2007-09 global financial crisis, regulators in all major jurisdictions introduced significant new requirements for financial firms. Certainly justified in purpose, these regulations have increased market barriers, both directly through specific obligations, and indirectly through the sheer magnitude and complexity they involve. Regulators primarily focused on bolstering financial stability and consumer protection, while frequently disregarding their objective of promoting financial innovation. Ten years after the crisis, we believe that it is time to reconsider the appropriate balance between those objectives.

In this commentary, we show how EU financial regulation may stifle the innovation of financial services. We use the example of automated investment advice, so-called ‘robo-advisors’, and we show how a proper balance between regulatory objectives could be achieved through establishing a ‘guided’ regulatory sandbox.

Robo advisors are digital investment advice tools that match consumers to certain financial investments on the basis of their personal preferences. After the investor has completed an online questionnaire, the algorithm recommends a personalised investment portfolio, typically and predominantly consisting of passive Exchange Traded Funds (ETFs) along with some mutual funds. Robo advice is a fast-growing phenomenon in the financial market that, among other rising financial technologies (FinTechs), has increasingly attracted the attention of several regulators, such as the US Securities and Exchange Commission (SEC, 2017), the UK Financial Conduct Authority (FCA),[1] and the European Supervisory Authorities (ESAs, 2015). Compared to the US, the European market is still in its infancy. EU robo advisors only manage about 6% of the assets that are managed by their US competitors.

Whilst low fees, no or a relatively small minimum investment volume and a convenient service are clear benefits for the consumer, their merits warrant close scrutiny. As the advice process takes place in a wholly digital setting, (retail) investors are prone to make hasty, unverified investment decisions. Also, the questionnaire, on which the advice is based, may fail to take into account the individual preferences, circumstances, and specific needs of the investor. On a more general scale, where automated services recommend certain asset classes to investors on a similar pattern, this carries the risk of large-scale parallel behaviour, herding, the development of bubbles, and ultimately the emergence of systemic risk.

From a political perspective though, a greater dissemination of robo advisors may be desirable. They are said to contribute to the current agenda of fostering integration in EU capital markets (CMU) by easing access to the capital market and furthering financial inclusion, which will facilitate the engagement of retail investors in capital markets. This particularly applies to mid- and low-income households that in the past refrained from investing, but rather held their savings in cash, regularly with a negative real interest rate. Future advances in artificial intelligence may significantly improve the service and performance of robo advisors, but also inherit new idiosyncratic risks such as ‘black box’ decisions, and may exacerbate existing systemic risks.

Ultimately, at this stage it is too early to come to a definite decision on whether robo advice is a beneficial addition to the choices available for investors or whether the risks outweigh the benefits. Rather it seems of great importance that regulators become active and learn more about this not yet well-known phenomenon to be able to make a better assessment.

At the EU level, regulatory standards relevant for robo advice are situated primarily within the Market in Financial Instruments Directive framework (MiFID II). In our recent paper (Ringe and Ruof, 2018), we comprehensively show how this framework poorly fits the provision of automated investment advice. The main findings are as follows:

First, as the MiFID framework was written with a different leitmotif in mind, it leads to regulatory uncertainty. For example, many rules are applied and enforced differently among EU member states, partly as a result of diverging implementation, partly due to different interpretations of (identical) rules. Also, there appear to be problems with fitting robo advisors into the traditional categories of ‘execution-only’, ‘investment advice’ or ‘portfolio management’. However, this categorisation heavily influences the regulatory obligations the firms have to meet, or – in some cases – even determines which regulator oversees them.

Second, besides those regulatory ambiguities, the sheer magnitude of regulations impedes entry to the market. A recent FCA review stresses this point, observing significant problems of robo advisors in complying with MiFID obligations.[2] Consequently, to achieve regulatory authorisation, significant amounts of time and money have to be invested.

While the latter constitutes a direct market barrier, the former brings a prevailing regulatory uncertainty. A 2017 Discussion Paper by the European Banking Authority (EBA, 2017) confirms this assessment. It reveals that despite applying the same service, robo advisors across the EU are frequently under different regulatory treatment – with even some not regulated at all. This uncertainty in a fragmented market creates an environment that impedes growth and deters investors from providing capital to firms operating in it. On a broader scale, regulatory uncertainty not only further discourages innovation, but also carries risks for consumers – and presumably in the long run for financial stability as well.

Regulatory sandbox as a concept to address prevailing issues

The challenge for regulators is thus to make the framework more innovation-friendly while also reducing regulatory uncertainty and improving financial stability. In our view, a well-designed regulatory sandbox can achieve both.

Regulatory sandboxing in the financial sector refers to a controlled space in which businesses can test and validate innovative products, services and business models under the close supervision of the competent regulatory authority. Regulatory requirements are relaxed to allow innovative players easy experimentation and growth. At the same time risks for consumers are limited through specific safeguards. While the first regulatory sandbox was introduced in 2015 by the FCA, there are now to our knowledge 17 sandboxes running worldwide, three of which are located in the EU (Denmark, The Netherlands and United Kingdom).

First, a regulatory sandbox would facilitate market entrance for robo advisors. Barriers to enter the sandbox are significantly lower than those to the real market. Within the sandbox, robo advisors receive support from the regulator in meeting their respective obligations and solving tensions with the law that occur as a result of the digital nature of the service. Meanwhile, the regulator can assess means to reduce unnecessary regulatory burdens and – where appropriate – include the legislature in the feedback loop. Also, engaging with the market authority on regulatory issues would reduce regulatory uncertainty for robo advisors and make them better equipped for a (full) market licence.

Second, this engagement not only benefits robo advisors, but also the regulators who still lack sufficient data and knowledge about the phenomenon. Testing all different types of robo advisors in a safe space could facilitate a dynamic information exchange process and thereby significantly increase expertise of regulators. Regulators would further be able to test different market scenarios to assess stability risks and thus promote financial stability. The information obtained would then put the regulator in a position to make sound long-term regulatory decisions and could – when forwarded to the legislature – form the basis for eventual adjustments of the legislative framework. Hence, the dialogue would not only promote innovation by reducing regulatory uncertainty and facilitating market entry, but also improve regulators’ understanding of new technologies. Ultimately, we believe that this mutual learning process constitutes the key benefit of a regulatory sandbox for improving the framework for robo advice.

A “guided sandbox” (instead of a harmonised one)

The idea of establishing an EU regulatory sandbox is not new. Already in September 2016, Olivier Guersent, Director-General for Financial Stability, Financial Services and Capital Markets Union, stated: “we think we should dedicate a bit of thought to how we can have a sound regulatory sandbox approach in Europe that allows markets to develop, that allows innovation to flourish, that allows those companies that innovate to go across borders in the single market while being consistent with our framework”.[3]

However, since then, not much has happened. Apart from a few mentions in various consultation documents or the recent Commission’s Fintech Action Plan, the idea has barely made any progress on the EU level. Certainly, finding political consensus is one of the central reasons for this. It is however not less difficult to install a regulatory sandbox in the EU legal framework with its various layers of legal authority.

To overcome those problems, instead of a harmonised version, we advocate for a concept that we call ‘guided sandbox’. The fundamental principle of this sandbox approach is the close interplay between the supranational (EU) and national levels. As opposed to a harmonised version, this approach leaves the implementation of the sandbox to the member states. More specifically, it would be the member states that implement and operate the sandbox in practice, but with endorsement, support, and monitoring by EU institutions. Technically, such guidance would be best executed by the European Supervisory Authorities, in particular the European Securities and Markets Authority (ESMA). These bodies could issue guidelines, high-level principles and recommendations that set out best practices on a MiFID-compliant implementation of a regulatory sandbox as well as basic principles that each sandbox should be built on. This could be complemented by further informal Q&A, FAQs, reports and tailored advice to regulators.

This dynamic approach would leave room for testing innovative sandbox approaches, while simultaneously facilitating a common information flow that enables member states to learn more about both robo advice and regulatory sandboxing. In a way, this approach applies the underlying principle of a regulatory sandbox to its very own implementation on the EU level. Ultimately, this might also provide potential to gain ground on the US robo advice market, where there is no such programme running to date.

Admittedly, given the rigid legislative standards that are in force at the EU level, the scope for experimentation by member states is limited. However, the existence of a certain scope for and ultimately the feasibility of regulatory sandboxing within the existing EU regulatory framework is clearly supported by the existing implementations in the UK and the Netherlands.

Certainly, a regulatory sandbox is no panacea: it is highly resource intensive and the capacity in regard of participants is strongly dependent on the resources invested in it. Moreover, it carries the risk of regulatory capture. Another challenge that needs to be addressed is whether to allow incumbents to enter the sandbox, raising level-playing field and competition questions.

Notwithstanding these unresolved questions, we believe that a ‘guided sandbox’ for robo advice and FinTech more generally is a good and necessary first step towards a better regulatory environment in Europe. This innovative approach would be somewhat unchartered territory for the EU, and thereby also contribute more generally to the future development of EU financial market governance.

ECMI Commentaries offer views and insights into developments affecting capital markets in Europe. They are produced by specialists associated with the European Capital Markets Institute, which is managed and staffed by CEPS. Unless otherwise indicated, the views expressed are attributable only to the authors and not to any institution with which they are associated, and nor do they necessarily represent the views of the ECMI. 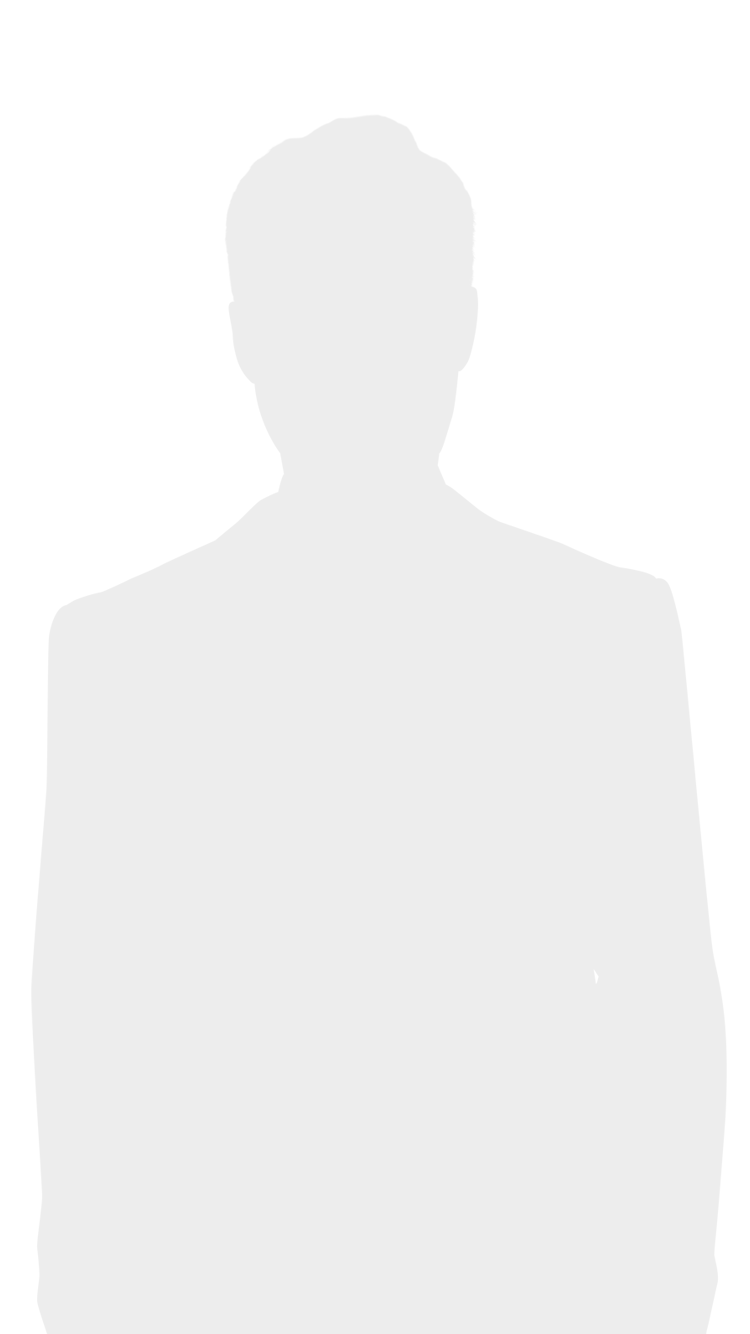 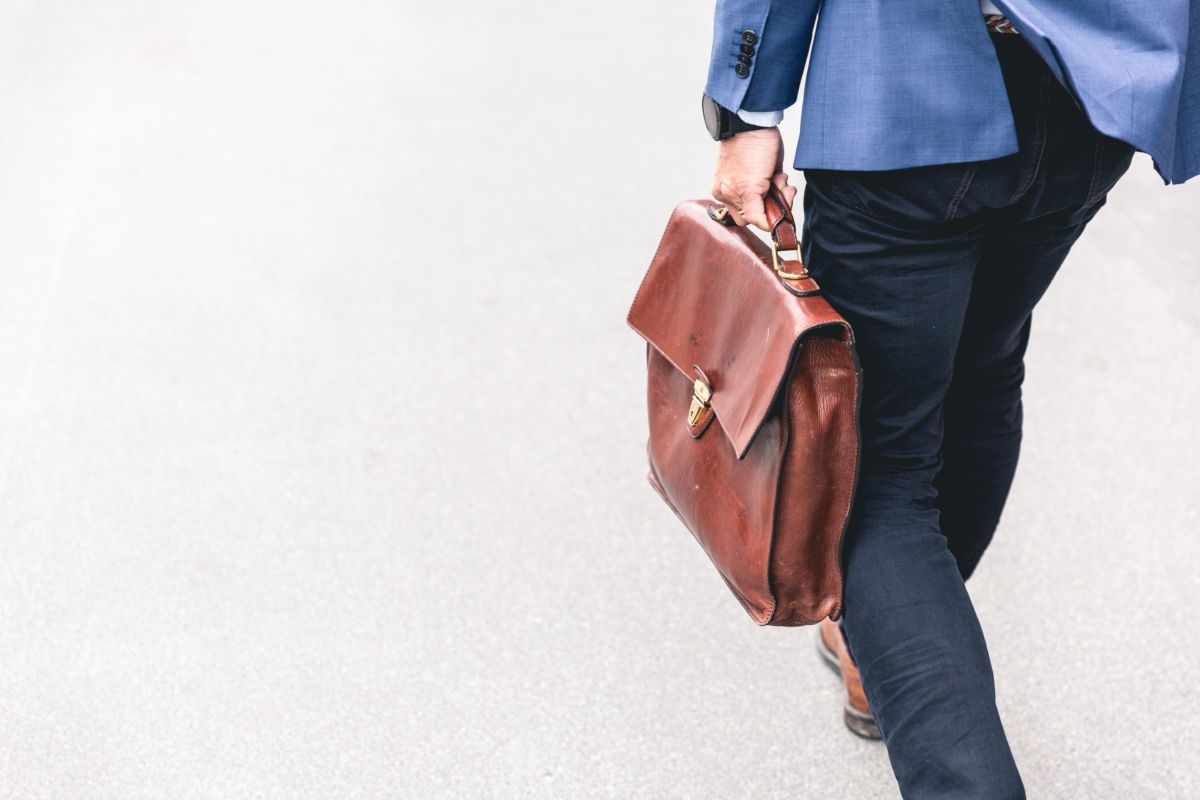 Executive Training on The Power of the EU Purse 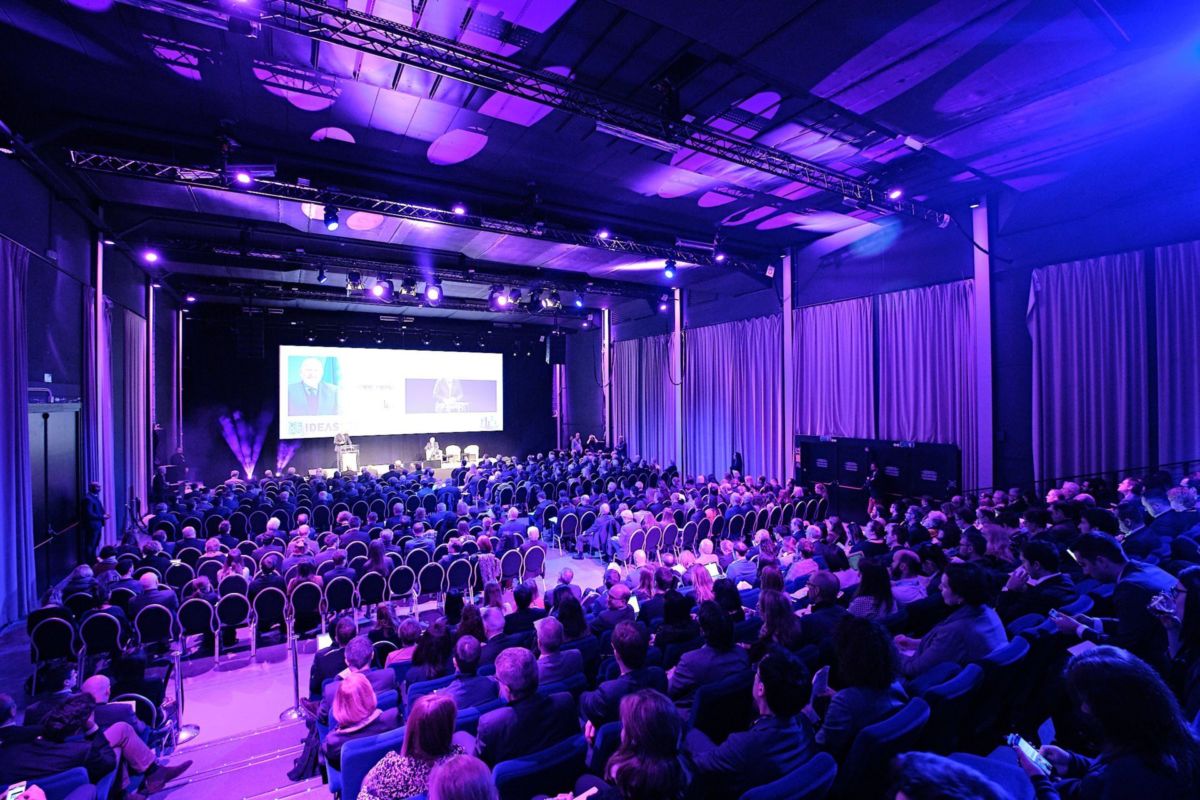 The 6th edition of CEPS Ideas Lab gathered a total number of 1185 participants, including 218 discussion leaders and speakers. The "ideas"… 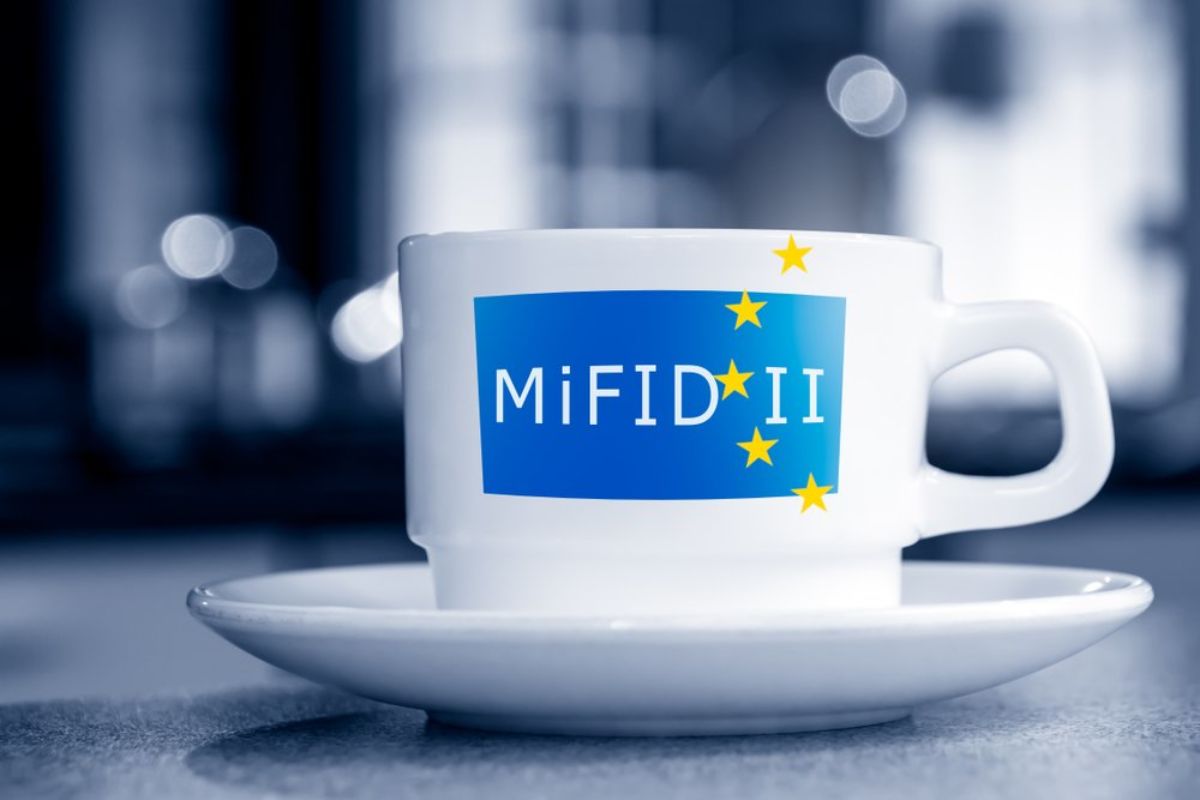 European Capital Markets Institute, Commentary No. 59 Karel Lannoo is General Manager of ECMI. This article is based on discussions during… 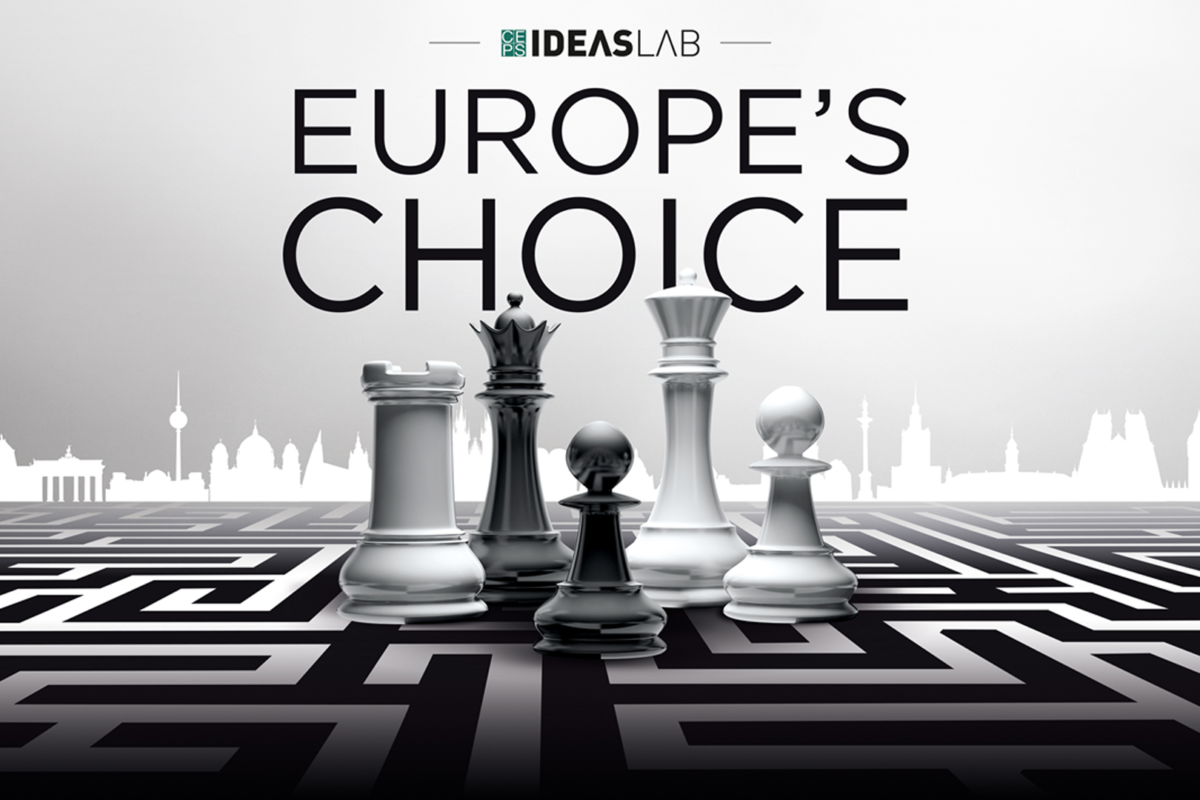 The CEPS Ideas Lab is an innovative platform of exchange and co-creation that brings together think tanks from across Europe,…

What risks need to be assessed?

Contributions to the SRF

There is general agreement that the banking sector should pay for its own safety net, meaning that resolution and deposit…